The contract that Northern Beaches Council let with Grindley Interiors to deliver the refurbishment of the Pavilion Building achieved practical completion and was handed over for occupation in May 2021.  Being in the midst of the Covid 19 restrictions and cautions the surf club’s occupation and enjoyment of the new facility was necessarily protracted and over many months.

In addition, following an opportune fire in the small tea room used by the Club office staff and Club room users, the insurance funds allowed a new mini kitchen to be installed with new appliances, cupboards and benchtops.

Northern Beaches Council took the opportunity of including a number of maintenance projects before and in parallel with the contracted works with a view to being able to complete building activity at Queenscliff for some years into the future.  This included:

During construction it was decided by the Board to relocate the old Club bar into the South West corner of the first floor Club room. After further planning and construction approvals were gained the Club funded and built a new, larger bar area and cool room in conjunction with a new partner, Stone & Wood Brewery.  A revised liquor licence was also gained to support the quest of helping the Club generate income from the premises to support their core lifesaving functions and equipment costs as well as contribute to future building maintenance.

A House Committee was formed and a Function Manager assigned to develop the business of commercial and shared use of the new facilities. Honour boards were renewed, previously displayed gear had to be rationalised and new furniture acquired. “The Bombora Room” was named, specialist suppliers were signed up and the range and number of bookings including for weddings, expos and parties have been increasing throughout 2022. 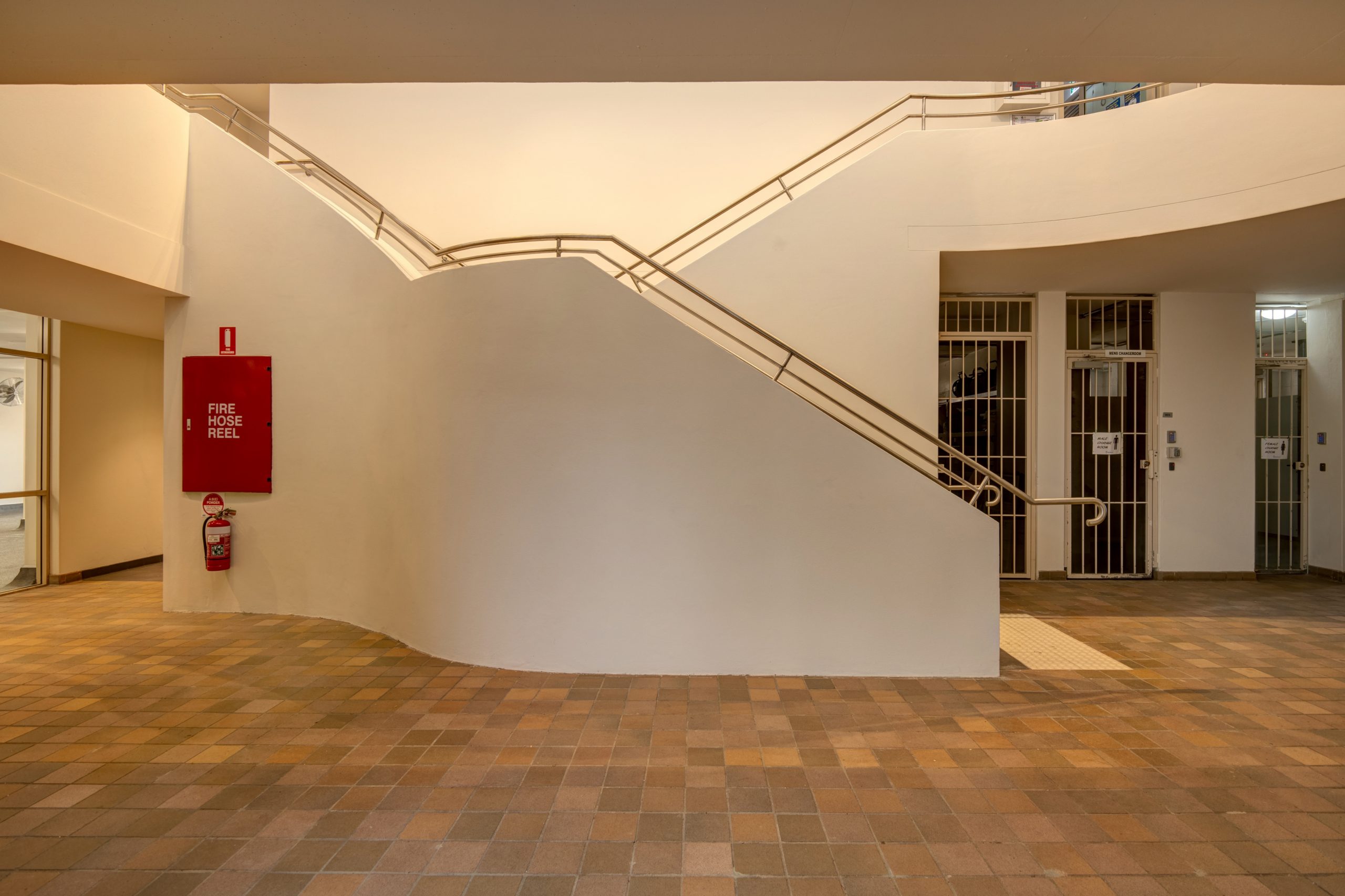 Works have begun this week to transform Queenscliff Surf Life Saving Club into a more functional and welcoming space for its members and the wider community.

The Club, in partnership with Council, have been working for many years to get the balance right and make sure the club is both functional and viable for years to come.

The $1 million renovations include:

The works are expected to be completed in May. Public amenities at the south end of the building will not be affected by the construction and access along public paths will be maintained.

To find out more about this projects and track its progress, visit our website for the latest information.

Proudly funded by the NSW Government in association with Northern Beaches Council. 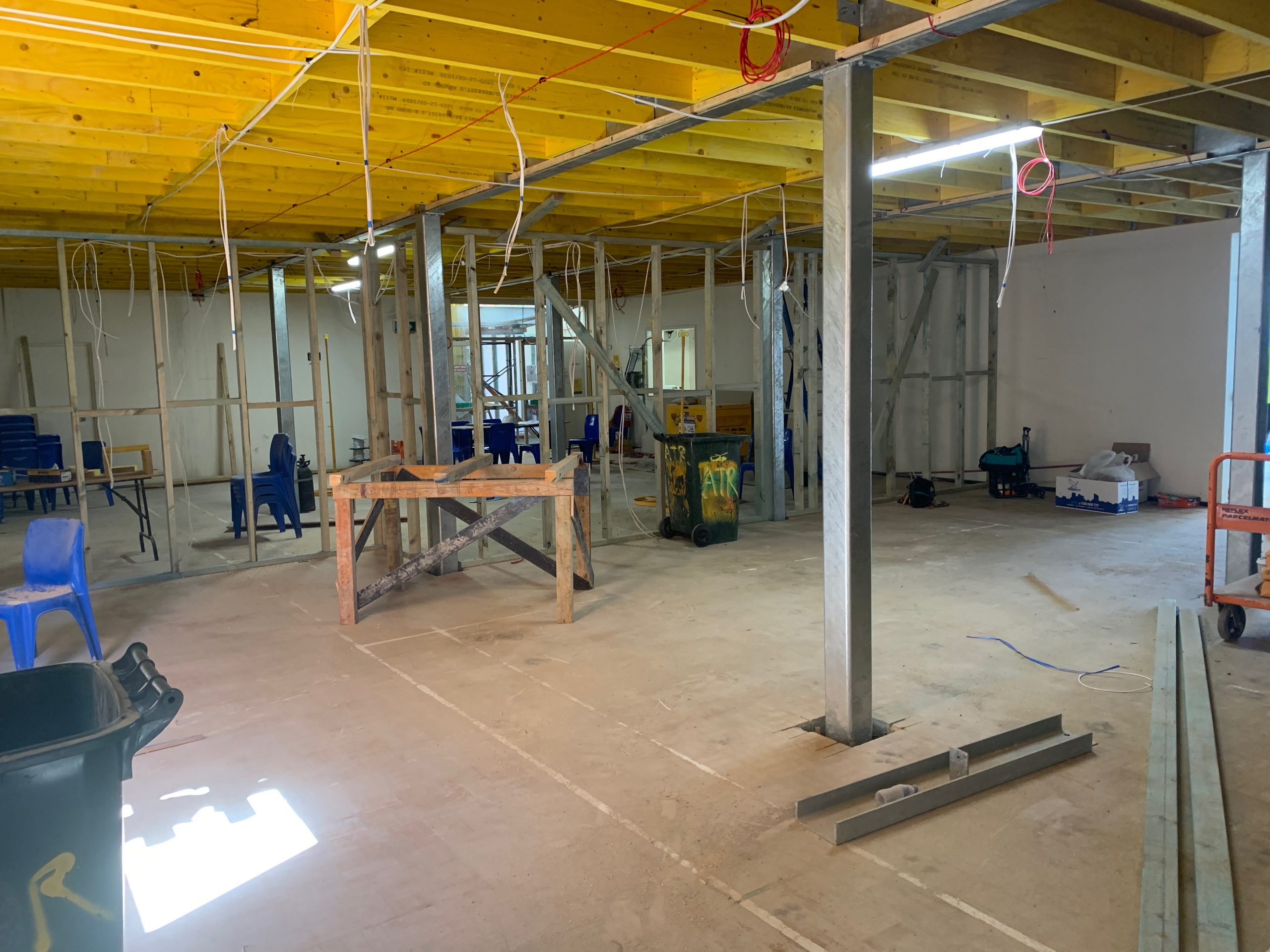 September 2020 – History of our Building Project

The 2019-2020 year has seen quite a lot of progress on many fronts including maintenance activity, the 20 year Surf Club lease template and the major building project. Northern Beaches Council (NBC) has been fundamental with their involvement, funding support and allocation of staff in achieving this progress.

o The replacement of all the worn brick paving on ground floor, under the curtilage of the building;

o Removal and relocation up to the grassed area of the bike racks to allow better building access;

o Replacement of door to the board storage room, vandalised glazing to first aid room;

o Servicing of the large roller shutter door operation for the boat shed;

o Alterations and extensions to the ground floor Accessible toilet to bring it up to current standards;

o Rescrewing of the curved copper roof over the community hall; and

o Obtained quotations to remove and replace the highlight windows in the community hall and the foyer area to fix water leaks, re-instate operability of ventilation windows and reduce risks.

A final draft of the Lease and Appendices was distributed for feedback from the SNB surf clubs, feedback was collated and NBC held a Q and A meeting with the clubs at SNB Branch office. In the opinion of Queenscliff SLSC’s executive, the lease is: “generally okay and able to be signed, subject to the club-specifics in the “Maintenance Schedule” which is different for each club. Some clubs are still resolving specifics, generally because of their land ownership or commercial operations. With the impending major building works at Queenscliff SLSC we are likely not to need to sign the lease until those works are completed, in 2021.”

MAJOR BUILDING PROJECT – RAISE THE COMMUNITY HALL TO FIRST FLOOR & INSTALL A LIFT
In 2019 NBC advised the club of their preference to take over and manage this project, for which the club has secured funds from 2017 via Federal, State and Local government grants and promises for $710,000. In so doing, NBC allocated two project procurement staff to develop a tender package and a delivery strategy. Together they have achieved considerable advancements including:

o Gained 100% sign off by certifiers for the various works since the 2013 Construction Certification, including many S96 adjustments and approvals like the Network Ten, occupation, courtyard enclosure, members showers and toilets revisions and creation of a Nipper storage room.

Queenscliff has liaised with the State and Federal grants groups and achieved extensions of time to December 2020 for expenditure.

The next steps require NBC to review this package, determine if they will fund the shortfall between the forecast tender pricing and available funds, then proceed to open tenders.

At the time of writing this report we are in the midst of unforeseen economic turmoil and NBC income streams will have been impacted. Whilst the building and construction industry is currently still operating, projects can only proceed if fundable, so the club must await the outcome from NBC. We are very close to these works being a reality and the club being available in early 2021, once NBC are able to tender.

PLANS OF THE MAJOR BUILDING PROJECT: These are available on the Club’s Notice Board 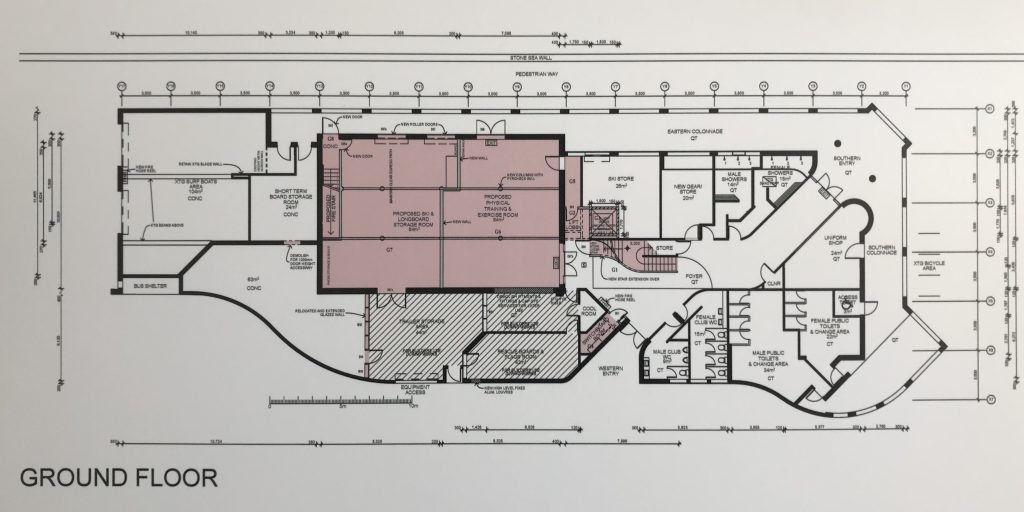